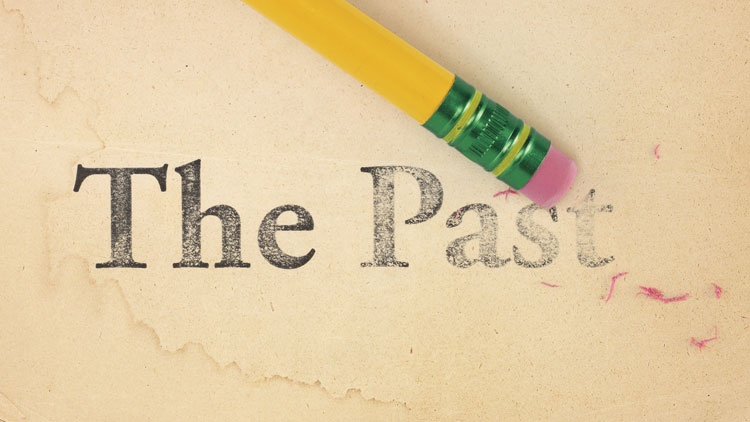 There were exactly three occasions when I saw my father cry; the night he learned that his grandmother died, the night his wife (my mother) died, and the day I told him that I was an alcoholic.

I was in my 20’s and living on my own, and though my father knew in a general way that I had problems, and that I would from time to time have strange run-ins with the law; I guess I did a pretty good job of hiding the root cause of my crazy life. I was an alcoholic, and though I had been going to AA daily for over two months, my sobriety was fragile and I was absolutely terrified that I was going to drink. It was difficult to not drink in those days—very difficult.

I soon reached a point where it became important that I start getting honest with my family, so I started getting honest on a sunny autumn afternoon in the kitchen of my father’s house.

Although, I can’t remember what I said, the gist of it was, “Dad, I’m an alcoholic and I’m going to AA.” Immediately, he began to sob, grabbing bottles of booze and pouring them down the sink, just sobbing while he was doing it. I watched, stunned and perplexed. Why was he crying? Did he think he was at fault? I didn’t ask, and we never talked about that day. I will never know exactly what was going through his mind at that moment, but I do know now what I did not know then—I hurt my father, deeply.

Since defective relations with other human beings have nearly always been the immediate cause of our woes, including our alcoholism, no field of investigation could yield more satisfying and valuable rewards than this one.

My father lived another ten years after that conversation in the kitchen, and he knew me as a sober person for all of those ten years. I would often visit him on weekends and we would have long talks, mostly about history and politics, and then we would watch a movie. He enjoyed having me over and he always wanted me to stay the night. Though I was anxious to get back to my apartment, and my friends and my life, often and maybe most of the time, I would stay the night on the roll-out bed. I did that because he wanted me there, and maybe at some level, I knew that this was making amends.

That’s how I did it with my dad. I guess they call it “living amends.” There have been times when I’ve had doubts, and thought perhaps I should have talked to my father more directly to confess all the myriad crimes that I committed against him. I never did that. Instead, I simply stopped drinking and stopped hurting him.

He died unexpectedly at the age of 64. He breathed in some virus, and within days his body was shutting down. I was with him for the three days that he was in the hospital, and on the third day, when he was weak and unable to speak, I told him that I loved him. I’ll never forget his eyes. He spoke to me through his eyes, and somehow let me know that all was well. He then peacefully drifted away, and I stayed with him by his side until he took his last breath. Though, I would inevitably endure the pain that always comes with loss and grief, there was no unfinished business between us. I repaired our relationship by being sober and present for him during the last ten years of his life.

I’m glad the amends that I made with my father were not so direct. I didn’t need to do that with him. I just needed to be there–and I was.

Now, don’t get me wrong. I’m not opposed to making direct amends. I think there are situations which call for sitting down with someone to set right a wrong, and I’ve done that a number of times. There were things that I had done during my drinking, and even during my early sobriety that I deeply regretted. My conscience was so troubled that I felt that I would drink if I didn’t make amends. Who knows if that’s true? What I do know, is every amend cleared my conscience and strengthened my sobriety.  In some cases, the amend placed a hardship on myself, or put me at some risk, but never did I clear my conscience at the risk of harming another person.

After talking with Benn about these two steps, I found it interesting that the way we choose to make amends will vary from situation to situation, and from person to person. What is most important I think, is that we remember to never make an amend, if in so doing, another person is harmed. I would suggest that if there is any doubt whether or not to make an amend, to always err on the side of not making it. If there is even the slightest chance that another person could be hurt in some way, then we should not make the amend.

We cannot get better at another person’s expense. Besides, the really important amends are the amends we start making the moment we stop drinking and stop inflicting pain. Just don’t drink and go to meetings, and the rest I believe will fall into place.

Benn, thank you again for a wonderful conversation. These talks are always an inspiration to me. In fact, my talks with you are probably the best AA meeting that I make all month.

I hope you all enjoy our podcast, and if anyone out there is fretting about making amends—don’t sweat it, just take it easy.