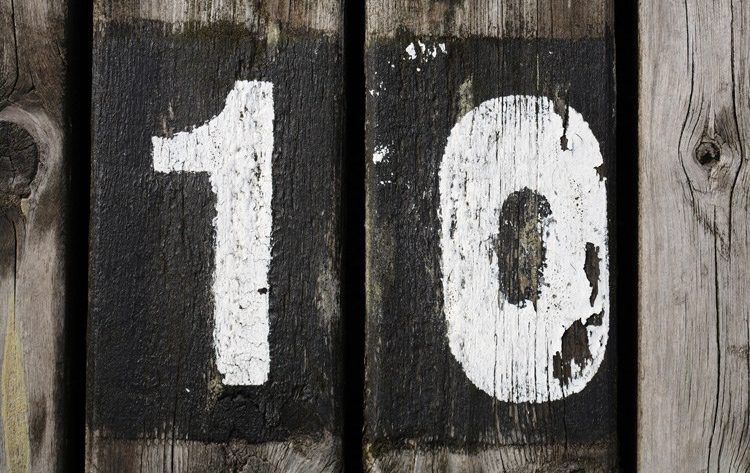 It was nice to catch up with Benn and talk about Step Ten, the first of the three maintenance steps. This step calls for us to continue to take personal inventory and when we are wrong, to promptly admit it. It can be done as a review at the end of the day, or as a spot check inventory during the day. It might also, according to the Twelve Steps and Twelve Traditions, include a semiannual or annual housecleaning.

I believe this step is vital to my sobriety because it keeps me grounded in reality and free from anger, resentment and fear as much as is possible. It’s dangerous for me to get too carried away with resentment because that’s how I lie to myself and the most dangerous lie that I’ve ever believed was that somehow this time, it would be different, that I could drink and get away with it.

It is a spiritual axiom that every time we are disturbed, no matter what the cause, there is something wrong with us.

Though it’s referred to as a “spiritual axiom”, one can think of it without the modifier, as simply an axiom. It’s an idea or a principle, a simple truth to remember. When I am angry, resentful or afraid, there’s something wrong. There’s something to which I need to pay attention. There is some action I need to take to settle down the emotional storm that’s brewing inside of me, and this is where Step Ten comes into play.

As I interact with people, I will inevitably encounter conflict and sometimes I may not handle myself appropriately. This may result in feelings of anger or fear and may even lead into resentment. As soon as I start feeling these emotions, I can stop and check myself to see why I feel as I do. I can ask myself where was I selfish, self-seeking, dishonest or afraid? Once I understand my part in the situation, then I can take action and for me that means admitting to the person where I was wrong. I do this too. I don’t merely say that I’m sorry, but I tell the person that I was wrong for what I did, what I said or how I reacted. That to me means much more than an apology.

In some cases, I may get in an argument with someone and be absolutely right. However, being right doesn’t mean that I won’t get resentful. In fact sometimes being right makes it even more difficult because my anger is so justified. In these instances, I can go to the person and acknowledge where my actions were wrong. Yes, though I may feel that I am right about something, that doesn’t give me the right to lash out at another person or to spoil my other relationships by continuing to replay the resentment in my head.

Today, I am very much in tune with my feelings and emotions and I know to stop and reflect on what is going on, and when necessary to admit to another person when I m wrong. This helps me live with integrity, to develop self-honesty and to continue the long process of character building. That I think is the essence of Step 10.

I hope you enjoy the podcast. Thank you Benn for all of your help and support in putting these together.

Mentioned in the Podcast

Rev. Ward Ewing’s Talk at WAAFT IAAC in November, 2014. Reverend Ewing is the Chair Emeritus of the General Service Board of Alcoholics Anonymous. He was a keynote speaker at the first We Agnostics, Atheists and Freethinkers International AA Convention. Two years later those of us who were in the audience are still talking about his speech.

WAAFT Central provides an international service network and a central location for sharing resources to support agnostics, atheists and freethinkers in AA, and to make AA as a whole more inclusive. We hope to eliminate the cultural bias against nonbelievers that sometimes exists in AA, and we feel that through sharing our experience, strength, and hope as nonbelievers, we will help widen the gateway to recovery for all, making AA even more accessible and welcoming to a greater number of people.