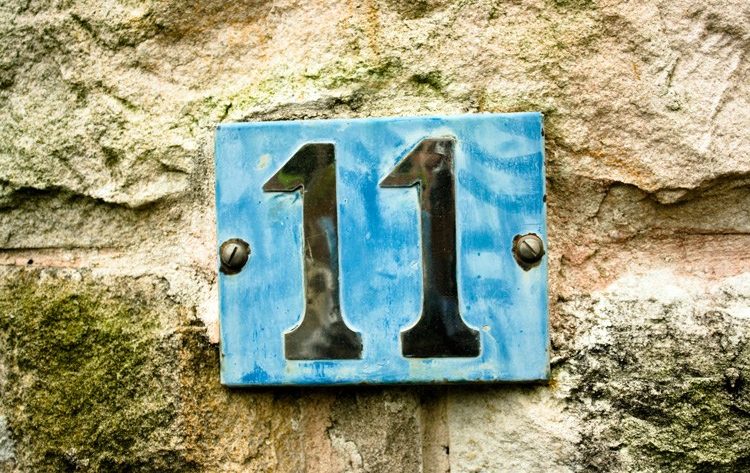 Alcoholics Anonymous isn’t a program, it’s a fellowship. This is made quite clear in the AA preamble, which states that “Alcoholics Anonymous is a fellowship of men and women who share their experience, strength and hope with each other that they may solve their common problem and help others to recover from alcoholism.” It’s the Fellowship that does it, and as an old-timer from my former home group used to repeatedly say, “the magic’s in the meetings.” I believe that to be true too. The 12 Steps are merely suggested, and not in the way that a parachute is suggested before jumping from a plane, but suggested as in proposed for consideration— and those who made the proposal way back in 1939, did so with the understanding that they didn’t have all the answers.

Realizing the primacy of the fellowship to my recovery, I think it’s important that when talking or writing about the Steps that I put them into their proper context, and somehow mitigate the dogmatism that’s inherently attached to them. The Steps are a product of evolution and they continue to evolve whether we acknowledge that fact or not. The Steps that were written in 1939 are simply an expression of the experience of those early AAs who in the 1930’s attended meetings of the Christian evangelical organization known as the Oxford Group. Bill Wilson wrote the 12 Steps by breaking down the Oxford Group’s six-step process into smaller components that he felt best described the experience of those people at that time.

Step Eleven has evolved over the past 80 years along with our experience. Many of us atheists simply choose to bypass this step, which is perfectly understandable and completely acceptable. I can’t say that I experience the Step as it’s written, nor do I understand it as I did earlier in my recovery. Today, I view Step Eleven as nothing more than an ongoing search for serenity and peace of mind, and how I achieve that may vary based upon my circumstances. I could find it from meditation, or from running or riding a bike, or some other form of exercise. I may achieve this desired state of consciousness from reading or writing or communing with nature. It could be any number of things. It’s not complicated. There’s no theological concept to grasp, no psychological theory to understand. It’s just as simple as doing whatever I need to do to settle down and relax, and to remember what’s important to me —and that’s it!

In this podcast, Benn and I take a slightly irreverent look at Step Eleven, which I think is appropriate for a Step that’s weighed down so heavily with religious language. Fortunately, our experience in AA is still evolving as demonstrated through the evolution of Step 11.

The Evolution of Step 11

Readers of our website and listeners to our podcast are of course familiar with the origins of Alcoholics Anonymous. We were born from an early 20th century Christian movement known as the Oxford Group. It was this group that helped Bill’s old friend Ebby Thacher get sober by following what is described from Bill’s Story in the Big Book as “a simple religious idea and a practical program of action.” (Alcoholics Anonymous p. 9)

Those who got sober with the Oxford Group described the program of action as a six-step process:

For more information about the six-step process including a version written in Bill’s own handwriting, visit hindsfoot.org.

When Bill Wilson was writing the chapter in the Big Book titled “How it Works”, he hoped to bring some clarity to the Oxford Group’s six precepts, and to do this, he broke the process down into smaller chunks. In Bill’s version, the Oxford Groups’ Sixth Step became Step 11, which was first written as “Sought through prayer and meditation to improve our conscious contact with God, praying only for knowledge of His will for us and the power to carry that out.”

“The debates began almost as soon as Bill read the newly written 12 Steps to the fledgling group of sober alcoholics in Akron and New York. There were religious conservatives who wanted a decidedly Christian approach, there were liberals who didn’t mind the use of the word ‘God’, but definitely opposed mentioning a specific theology, and there were the atheists and agnostics who wanted the word ‘God’ deleted from the book entirely…. They wanted a psychological book which would lure the alcoholic in. Once in, the prospect could take God or leave Him alone as he wished.” (Not God, p. 71, Ernest Kurtz)

As we secularists are well aware, a compromise was reached which is attributed to Jim Burwell. This compromise led to the insertion of the phrase “God as we understood Him”, giving us the Step 11 that we know today. “Sought through prayer and meditation to improve our conscious contact with God, as we understood Him, praying only for knowledge of His will for us and the power to carry that out.”

In 1991, Martha Cleveland and Arlys G., published a book titled The Alternative 12 Steps: A Secular Guide to Recovery in which they describe Step 11 as, “Increasingly engage spiritual energy and awareness to continue to grow in abiding strength and wisdom and in the enjoyment of life.” Roger C. from AA Agnostica discovered the book and was granted rights to republish it in 2014. Today, the book is widely read among many secularists in AA.

Step 11 in the New Millennium

Sometime prior to 2009, the agnostic AA community in the San Francisco Bay area started posting alternative versions of the 12 Steps on their website, AA Agnostics. Their version of Step 11 reads as, “Sought through meditation to improve our spiritual awareness and our understanding of the AA way of life and to discover the power to carry out that way of life.”

The agnostic AA community in New York City adapted the San Francisco Steps and posted them on their website until sometime after September 28, 2010. It was at that time that a GSO staff person wrote to the Agnostic AA NYC website and asked them to stop referring to themselves as an AA group if they were going to post alternative versions of the Steps.

In 2009, Canada’s first agnostic AA group, Beyond Belief which meets in Toronto adapted a secular version of the 12 Steps borrowing from a number of sources, including the San Francisco group. Their version of Step 11 reads as, “Sought through mindful inquiry and meditation to improve our spiritual awareness, seeking only for knowledge of our rightful path in life and the power to carry that out.”

Here is Joe C.’s account of how the Toronto version of Step 11 came to fruition:

Our Step 11 variation’s lead architect was Stan R, one of our original members and the webmaster of aatorontoagnostics.org the blog that preceded AA Agnostica. Stan was one of our original members who suffered from Parkinson’s Disease. You can imagine the horror of a bright mind being witness to ones own (host) body deteriorating. He got to the stage that he couldn’t come to meetings.

We had a few variations (secular) of the Steps. AA Agnostics was one source. New York’s AAagnostic website had a secular version of the Steps in 2009. I understand from Mel that they got a threatening letter from GSO and/or New York intergroup and they elected to take their agnostic 12 steps down. There was the BF Skinner CBT version and maybe another one or two others, too. So we borrowed from some more than others, we aimed to keep them as close to AA as possible, tolerating words like “moral” inventory, etc. We had a round table discussion deciding the wording for the website (and at that time what would appear on the GTA Intergroup website, too). It’s hard to remember that we were peaceful fellows with Intergroup from 2009 to 2011 and our Steps, while controversial, were approved by the Executive Committee at the time.

So, August or September was the composition date for Beyond Belief’s 11th Step and while there would have been six to ten of us, “mindful inquiry and meditation to improve our spiritual awareness, seeking only for knowledge of our rightful path in life and the power to carry that out.” was largely Stan’s wording.

Do you incorporate Step 11 into your recovery? If so, how do you choose to interpret this step?