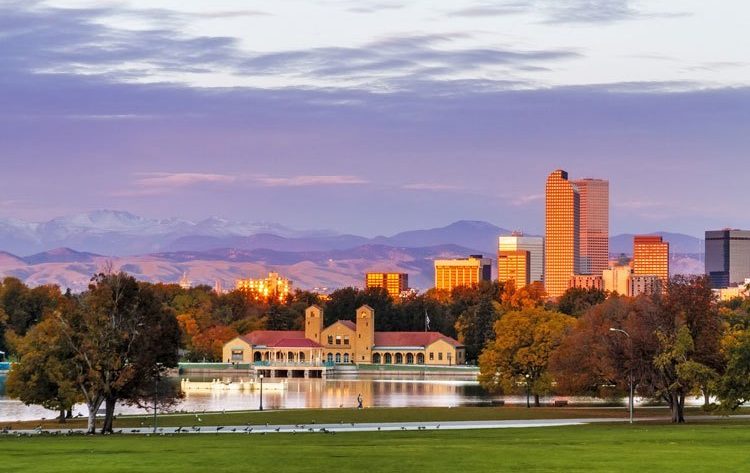 Episode 36: Jeb B., Freethinkers in AA Denver and the Process of Recovery

Jeb B. is a founding member of the Freethinkers in AA Group in Denver, Colorado. The group meets Monday nights from 6:30 pm to 7:45 pm, and Saturday morning from 9:30 am to 10:45 am. Both are open meetings and held at the Secular Hub located at 3100 Downing Street in Denver.

However, you won’t find the meetings listed in the meeting directory of the Denver Central Committee of Alcoholics Anonymous. Jeb asked that the meetings be listed, but his request was denied. The Office Manager at Denver’s Central Committee told Jeb that she didn’t want newcomers to get their first impression of AA from the Freethinkers group. This person apparently held the sole power to keep the meetings out of the directory, and she denied the Freethinkers group participation in Intergroup, making it impossible for them to even plead their case.

Jeb, who believes in the precept that “we ceased fighting anything or anyone”, decided there was “more than one way to skin a cat”, so his group created their own website to list all of the secular AA meetings in Colorado. In addition to the website, they created a meetup group to further assist people with finding their meetings. Thanks to the power of the Internet, the group is doing just fine and people are in fact finding their meetings. Unfortunately, there is still a problem because the Denver Central Committee of Alcoholics Anonymous is taking things a step further. When a nonbeliever calls the Denver Central Committee to inquire about a secular AA meeting, they are told that none exist, and that AA is a spiritual program. The insensitivity of the Denver Central Committee of AA is simply astounding and downright cruel. We can only hope that the alcoholics they turned away haven’t died as a result.

This is a serious problem that we need to address, and I believe that we secularists in AA have a duty to join together in unity to demand justice, and an end this sort of behavior by AA Central Offices once and for all. As it stands now, any local Central Office acting as an autonomous body can discriminate on the basis of creed and refuse to list secular AA meetings, and deny secular AA groups membership in the Intergroup. Even though GSO registers the group, they will not intervene with the Central Office, nor will the District or the Area Assembly. They all throw their hands in the air and say they cannot do anything because the Central Office is autonomous. This needs to stop!

As a reminder to the Denver Central Committee of what constitutes an AA group, here’s a quote from the AAWS pamphlet The A.A. Group…Where It All Begins.

The A. A. Group… Where A.A.’s Service Structure Begins What is an A.A. Group?

As the long form of Tradition Three clearly states, “Our membership ought to include all who suffer from alcoholism. Hence we may refuse none who wish to recover. Nor ought A.A. membership ever depend upon money or conformity. Any two or three alcoholics gathered together for sobriety may call themselves an A.A. group, provided that, as a group, they have no other affiliation.” Further clarification of an A.A. group may be found in the Twelve Concepts for World Service, Concept Twelve, Warranty Six:

• no penalties to be inflicted for nonconformity to A.A. principles; • no fees or dues to be levied—voluntary contributions only;

• no member to be expelled from A.A.—membership always to be the choice of the individual;

• each A.A. group to conduct its internal affairs as it wishes—it being merely requested to abstain from acts that might injure A.A. as a whole; and finally

• that any group of alcoholics gathered together for sobriety may call themselves an A.A. group provided that, as a group, they have no other purpose or affiliation.

Some A.A.s come together as specialized A.A. groups—for men, women, young people, doctors, gays and others. If the members are all alcoholics, and if they open the door to all alcoholics who seek help, regardless of profession, gender or other distinction, and meet all the other aspects defining an A.A. group, they may call themselves an A.A. group.

The A.A. Group…Where it All Begins, A.A. World Services

Now Back to Jeb…

While speaking with Jeb, it was clear to me that he has tremendous love for Alcoholics Anonymous and a great deal of respect for the process of the 12 Steps. He believes that we should focus more on the process and to strive for emotional sobriety, and be less concerned about the principles and beliefs. He has given this careful thought and consideration, and has written out his own interpretation of the process as he understands it.

If you have not written out in your own words what the Steps mean to you, I would urge you to give it a try. I did and so have many from my home group. There is something about putting the Steps in our own language that at least to me, makes them more real. I love the steps and I followed them and try to practice them to the best of my ability. What I find so beautiful about the Steps is that they connect me to other people. They become part of me and they grow with me as I grow and change. I never tire of them and after almost three decades of practicing the Steps, I am still learning about them through the shared experience of other alcoholics. I certainly learned a lot from Jeb.

A SECULAR VERSION OF THE 12 STEPS

On page 164 of the Big Book, Bill Wilson wrote: “Our book is meant to be suggestive only. We realize we know but a little,” and in the Forward to Twelve Steps and Twelve Traditions, he wrote: “A.A.’s Twelve Steps are a group of principles, spiritual in their nature, which, if practiced as a way of life, can expel the obsession to drink and enable the sufferer to become happily and usefully whole.” With that in mind, here is a secular version, suggested as a program of recovery. Note that it is stated in present tense to reminds us that it needs to be a continuing and present process.

Bill also wrote: “There are few absolutes inherent in the Twelve Steps. Most Steps are open to interpretation, based on the experience and outlook of the individual. Consequently, the individual is free to start the steps at whatever point he can, or will.”

I particularly like Step 11 as Jeb interprets the Step. During our conversation, we talked about spirituality which he defined as that which is not material. He mentioned that in AA, he learned to be aware of his thoughts, feelings, ideas and attitudes, and this is spirituality. I find it helpful that he specifically states that in Step 11, he is seeking to increase his awareness of his deepest thoughts and feelings.

This is spot on as far as I am concerned and this is what I need to do. When I wrote the steps out, I was focusing on a state of mind that I hoped to achieve through Step 11, which to me was serenity. Jeb’s version is more practical because he is focusing on what we are actually doing, “becoming aware of our deepest thoughts and feelings.” That’s really something that will help me going forward. I am now, thanks to Jeb thinking about Step Eleven differently and with this new idea, I think the Step will be more meaningful, and I will be more likely to practice it.

I hope you all enjoy the podcast. It may be one that you will need to listen to a few times because there is so much to be gained from Jeb’s experience.

Thank you Jeb very much for the conversation.

Episode 36: Jeb B., Freethinkers in AA Denver and the Process of Recovery