Meet AJ who helped start a secular AA meeting in New Jersey. In this episode, he talks about his early experiences with alcohol, his evolving thoughts on spirituality, the progressive nature of alcohol use disorder, and how he managed the AA program as an atheist.

As we were talking, AJ related an anecdote about what he was thinking of saying to his ex-wife one morning when she was upset with him. He wants to make it clear to the listener that he understands that his thoughts were sick. His ex-wife was right to be angry, and he was the one in the wrong. The anecdote was not intended to cast her in a bad light but was used to illustrate how twisted his thinking had become.

I was getting more and more skeptical, I thought to myself that so much of this doesn’t make sense to me. I was fighting it, but then I decided to give in to it and just admit that I’m an atheist.

I went to two meetings a day for the first two years for the most part. I did all the things they told me to do, but I didn’t pray. I did try to pray and I would say the Serenity Prayer because it calmed me and centered me.

I could see the action of making meetings, picking up folks to take to the meeting, being a greeter, making coffee. 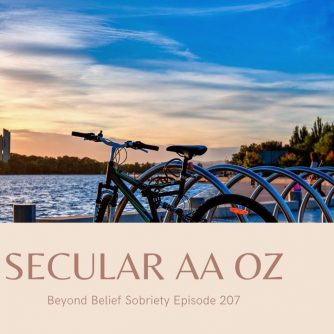 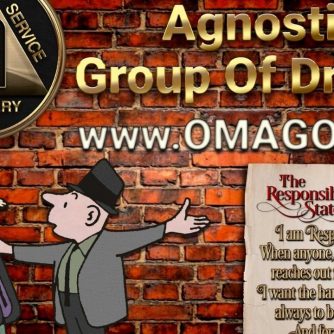