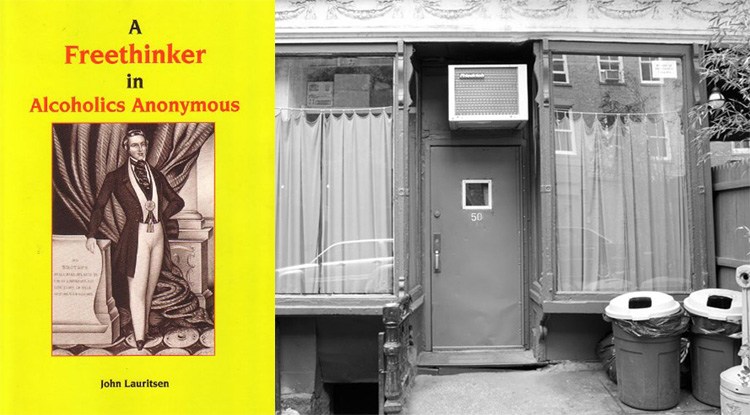 Episode 14: A Freethinker in Alcoholics Anonymous

In this episode John L., the author of A Freethinker in Alcoholics Anonymous joins Kevin P and myself for a conversation about John’s early experiences in A.A., and his thoughts on the fellowship today. John’s sobriety dates back to February of 1968 when he started attending AA meetings at the Perry Street Workshop where he learned to stay sober through the twenty-four hour plan. John’s ideas, thoughts and experiences are valued by agnostics, atheists and freethinkers in AA. He has been a frequent contributor to AA Agnostica and he has provided advice, guidance and assistance to AA Beyond Belief since we started. We are very grateful for his contribution.

I hope you enjoy this conversation. There may be some technical problems to tolerate as there is some echo from my microphone picking up Kevin’s voice, but the content is very interesting and well worth your time.

Thank you John and Kevin for participating and for all your help and support to this site.

John was born and raised in Nebraska.  He attended  Harvard College (AB 1963), majoring in Social Relations (Sociology, Anthropology, and Psychology).  In New York City he worked as a market research executive, writing on the side.  He was in the antiwar movement since 1965 and the gay liberation movement since July 1969.  He founded Pagan Press in 1982.  For a decade, beginning in 1985, John was a leading writer for the New York Native, which was then the foremost gay paper.  He has twelve books to his credit.  John dates his alcoholism from his first bender in 1958 to his last drink in 1968.  He considers himself a loyal, but by no means uncritical, member of AA.  John now lives in Dorchester, Massachusetts.

Episode 14: A Freethinker in Alcoholics Anonymous