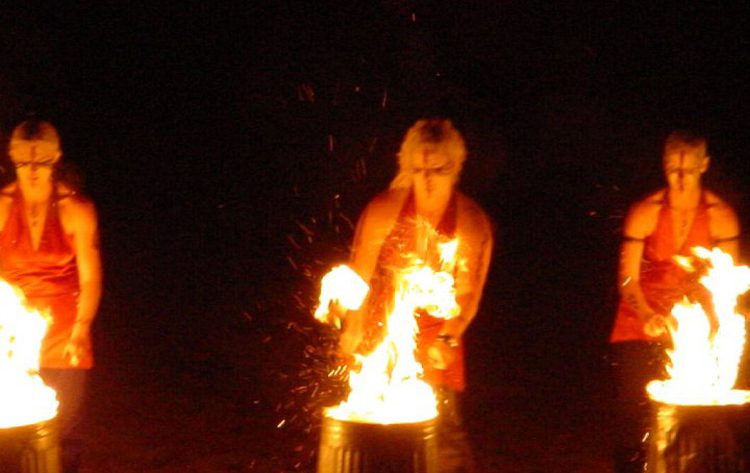 Willow F. got sober just before her 16th birthday and on December 26, 2016, she will celebrate 28 years of sobriety. Her story confirms what AA experience over the past 80 years has shown— one does not necessarily need to drink for very many years to become an alcoholic. Thousands of us started young and fell fast and hard, and thousands like Willow have found lasting sobriety in AA.

Drugs and alcohol were ever present in Willow’s young life. When she was only two years old, she happened across a beer that one of her father’s friends had left unattended. She drank it all, and loved it. Willow can’t remember a time growing up when she didn’t smoke marijuana. As a toddler, her parents would blow the smoke in her face as a way to calm her, and as soon as she was able, she was smoking it on her own. Her family was in the business of growing and selling marijuana until her older brother was murdered. She was only thirteen years old at the time and neither she nor her parents were capable of coping with the tragedy. Fearing the killer on the lose, they fled the Pacific Northwest for Southern California.

Willow drank and drugged the only way she knew—as much as she could, as fast as she could to get as stoned as possible. Looking back on it now, she can see that she was using alcohol and drugs to numb the emotional pain that came from the loss of her brother.

At the age of 15, she was placed on a watch list at school after being caught smoking pot. During this time, she drank whatever she could get her hands on and though she was an intelligent person, she just didn’t care. Ultimately, she was expelled from school and she left her parents to live with drug dealers.

Willow believes she gravitated toward trouble because she craved the control of creating her own chaos rather than the chaos others created for her, and her trip to the bottom was on a rocket ship. She was thrown out of her first rehab, but she made it through the second one. It was after the second rehab, when she had her first experience with AA meetings. She didn’t feel that she belonged in AA during those initial meetings because she was so young, she wasn’t like the others. She wasn’t an old alcoholic and she didn’t think any of what she heard at meetings applied to her.

Eventually, she went out and found the old saying, “a head full of AA, and a belly full of alcohol doesn’t mix”, to be true. The seed was planted and Willow reached a point of despair that she had not previously experienced, and she realized that she doesn’t have to live this way anymore. Her last drink was Christmas Day of 1988.

Both Willow and her parents were now in recovery. She went on to finish her High School education and got on with living life. She was active in AA, in fact it was her entire social life. She hung out at AA halls, went to AA dances and ran around with AA friends. It was all she knew, it was her entire life and she didn’t know any other way to exist.

She went on living her adult life attending both NA and AA meetings interchangeably. Life was good and getting better all the time, and after she was sober for about 12 years, Willow experienced Burning Man, an event that played a significant role in shaping the life she enjoys today.

Burning Man is more than an event, it’s a community with principles. She found it to be transformative. Prior to Burning Man, Willow’s entire life consisted of work and AA meetings, but she embraced the ten principles of Burning Man and she met some incredibly creative and talented people. The experience opened her to look for her own creative potential, leading her eventually to the art of fire dancing.

Willow was now solid in her recovery and it was time to branch out beyond the rooms of AA. In fire dancing she found a new community of friends, and she ended up staying away from AA for a few years. Though, she was doing well and has no regrets, she thought that she should get back in the rooms of AA, and began to attend meetings near her house. She has found reintergration into AA to be somewhat difficult and it’s something she is still working on.

This was a time of discovery for Willow. Just as she started exploring her creative potential, she also became more curious about the world and started paying attention to the news. She found it disturbing that so many of the worlds’ problems and conflicts seemed to center around religion. This was a problem she felt was serious enough that she had a personal responsibility to do something.

Willow embraced her atheism and found a secular AA group that meets in Burien, Washington. She also attended the Widening the Gateway secular AA convention that was held in Olympia, Washington in January of 2016. It was here that she discovered our podcast and realized that she’s not alone. Today, Willow takes seriously her responsibility of being of service to AA and the community in which she lives.

Thank you Willow for sharing your story.