Film is a medium uniquely able to capture emotional nuance, and that’s especially true when it comes to narratives about addiction. This episode of Beyond Belief Sobriety features an accomplished Hollywood veteran’s encyclopedic look at the many films (far more than you might imagine!) that tackle everything from the reality of relapse to the ripple effect of sobriety on longtime relationships to the intimate ways in which 12-step programs save lives. Ted Perkins has written “Addicted to Film: Movies We Love About the Habits We Hate” for anyone interested in recovery, anyone who loves someone in recovery and anyone who cares about the many impacts that a whole spectrum of addictions have on society. “Movies are really very interesting vehicles to tell some very profound things not just about addiction,” he says, “but the story of people overcoming addiction.”

Host John Sheldon discovers how Ted came to his expertise and why he chose to write this book, which has also inspired a movie club for all of us interested in watching and chatting about fascinating, moving and sometimes funny addiction-related films. In rapid fire succession, Ted is taking us on a tour of movies dating from the 1936 film “Reefer Madness,” with its covert racist agenda, to the 1988 release of “Clean & Sober,” a film with special resonance for John, who got sober that same year. If you’ve ever wondered about multi-dimensional resources out there that you haven’t yet tapped, this episode will equip you with a long list of movies to check out and a deeper understanding of the social, political and scientific trends that have shaped our understanding of addiction and recovery through the decades!

Click here if you’d like to purchase “Addicted to Film: Movies We Love About the Habits We Hate” and don’t miss Ted’s movie club, which you’re invited to join for free here.

“I had sort of a bird’s eye view of the goings on (in Hollywood) at very high levels … and learned a lot and, in the course of a career like that, alcohol and going to parties was a huge part of the job.” (Ted)

“I decided maybe these movies about drugs and alcohol and recovery have something interesting to say about it. So I barricaded myself in my room and watched 100 movies in 100 days.” (Ted)

“I started to see that movies are really very interesting vehicles to tell some very profound things not just about addiction but the story of people overcoming addiction and some of the heroic efforts as well as some of the sad endings.” (Ted)

“It’s kind of a miracle that these movies about recovery exist at all because it was a very touchy subject and it’s kind of a Debbie Downer topic.” (Ted)

“Alcoholism and drug abuse were these things that sort of happened in the shadows and were swept under the rug so for mainstream audiences to see that was in a sense a public service but it was also a great story – so it accomplished both aims.” (Ted)

“Successful recovery is really sometimes the exception to the rule and we have to be aware of that and also understand that some people are just not in a place where they’re going to seek help. And that’s tragic, but we’ve got to learn from that.” (Ted)

“There are reasons that people use drugs and alcohol and not all of them are personal choices … There are a lot of mitigating circumstances.” (Ted)

“If we’re judging sex and what it should be, then we’re really setting ourselves up in a trap      with everybody putting their own vice or judgments into an analysis of what is a purely private concern, which is how you want to have sex.” (Ted)

“All you can do (as the partner of an addict) is take care of yourself, be vigilant and put systems in place to love but verify.” (Ted)

Check out Smart Recovery USA
“Days of Wine and Roses,” starring Jack Lemmon.
“The Lost Weekend,” starring Ray Millan.
“Gia,” starring Angelina Jolie.
“Leaving Las Vegas,” starring Nicholas Cage.
“Man’s Search for Meaning,” by Viktor Frankl.
“The Myth of Sisyphus and Other Essays,” by Albert Camus.
“Reefer Madness,” a thinly veiled attempt to vilify Black people and other minorities.
“Beautiful Boy,” starring Steve Carrell and Timothée Chalamet.
“Dopesick,” the multi-layered Hulu series that examines the Oxycontin epidemic.
“Fatso” and the interesting dialogue it opens (even if the film itself isn’t great …).
“Clean & Sober,” starring Michael Keaton.
“Beetlejuice,” which has nothing to do with recovery but coincided with a time (1988) when John was newly sober and looking for escape (and also already in the theatre to see another Michael Keaton film, “Clean & Sober”).
“Thanks for Sharing,” starring Mark Ruffalo, Tim Robbins and Gwyneth Paltrow.

If you’d like to support this podcast, please consider clicking here to become a patron. Your contribution of just $1, $3 or $5 a month goes a long way towards building this community!

To view this and other episodes of Beyond Belief Sobriety on YouTube, visit this link. 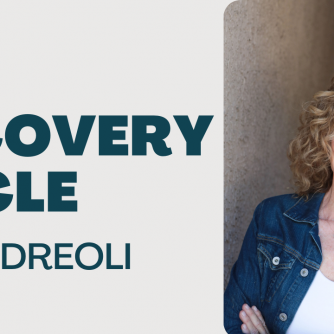