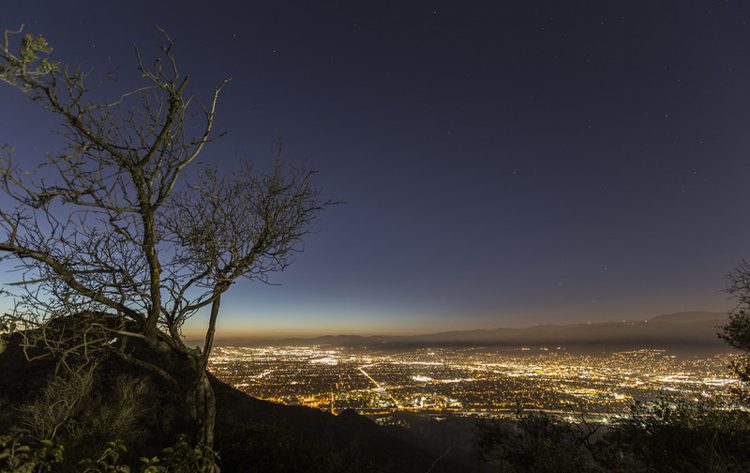 Episode 22: Pam W. and the Story of WAAFT IAAC

In a development without precedent in the world of 12-step organizations, hundreds of recovering alcoholics and addicts from around the world who describe themselves as atheists or agnostics will gather in Santa Monica this November for the first-ever We Agnostics and Freethinkers International Alcoholics Anonymous Convention (WAFT IAAC)”.

In November of 2014, we agnostics, atheists and freethinkers followed AA’s broad highway to Santa Monica, California, and Alcoholics Anonymous has not been the same since. It was there where our imaginations were stirred, and an energy and passion was created that ultimately resulted in the formation of some 125 new AA meetings. We are staying sober by widening the gateway to recovery for others, and doing our part to ensure “that the hand of AA will always be there, when anyone, anywhere reaches out for help”.

Almost two years later, the energy and excitement remain with us, and AA seems new again. We feel that we’re truly part of a movement with real traction. We’re writing books, posting on blogs, building websites, and sharing information and resources with each other. We have a vibrant online community that is growing by the day, and we’re making a real difference in AA. The We Agnostics and Freethinkers International AA Convention played a significant role in all of this.

It’s not an exaggeration to say that history was made in Santa Monica, and Pam W., who with Dorothy H. and Jonathan G., co-founded the convention, was instrumental in helping to make it happen. What follows is a preview of Pam’s story that she will share in Austin this November, and a brief history of what today we know as the We Agnostics, Atheists and Freethinkers International AA Convention.

Pam’s childhood was a happy one, though she seemed to carry with her a certain unease, a sense of not quite fitting in. In due course, she discovered that alcohol helped her cope with this, and by the time she was in college, her drinking was out of control. She came into AA in 2008, though she actually stopped drinking some eleven months prior to her first meeting. This delay was due to some misgivings she had about attending AA. Imagining the meeting taking place in a smokey room full of old men, hidden somewhere within the dank confines of a church basement—Pam stayed away.

This changed after a friend from out of town came to visit. Pam wasn’t comfortable telling her friend that she no longer drank, so she ended up joining her for a few drinks. Though this incident, this time, didn’t result in a drunken debauch, Pam was thoroughly deflated by the experience. She failed to keep an important commitment that she made to herself—she let herself down. This ultimately brought her to her first AA meeting in 2008.

Pam soon found herself at a church, in a room full of men—the We Agnostics Group. It was the Tuesday night book study, and the men couldn’t have been more welcoming. They made her feel comfortable and safe, and she kept coming back. She still attends that meeting to this day, though it’s no longer a book study. They now have a round-robin style of the meeting where everyone gets to speak. It’s quite a popular meeting and has experienced a lot of growth.

Pam wasn’t looking for an agnostic meeting, this is just the meeting where she happened to land, though she says agnostic AA is a perfect fit for her. She grew up in a home where religion was around, but it wasn’t a big deal. Her father didn’t go to church, though her mother did, and her brother is a born-again Christian. Her family learned to respect each other’s individual, personal beliefs, so today it’s normal for Pam to be respectful of other people’s beliefs. As far as she’s concerned, what she believes or doesn’t believe isn’t anyone else’s business, and it’s not open for discussion.

It’s often said that the agnostic meetings are where we talk about God all the time, and those of us who are familiar with agnostic AA will confirm that this is sometimes the truth. However, the core group at the Tuesday and Friday We Agnostics meetings in LA are beyond that. This is one of the oldest agnostic AA meetings in the United States. The group does get a regular flow of newcomers who from time to time need to vent, and having found a safe place to do so, they let it out. I think it was Dorothy H. who may have coined the term, “God detox”, and that’s an accurate description of what happens at this meeting, and all of our meetings from time to time—especially during those early days when the meeting is first getting off the ground.

The We Agnostics Meetings in LA are great meetings. Pam says, they often get visitors from out of town who weren’t necessarily looking for an agnostic meeting, but having found one, really liked it.

Agnostic AA meetings have been in existence since at least 1975 when Quad A started up in Chicago. Later, in the 1980s secular AA meetings took hold in Los Angeles and New York. These meetings aren’t anything new, they’ve been around for a long time. It’s just that the groups existed in isolation from one another, and to a large extent, they didn’t know about each other. This began to change after September 2001 when the New York groups started publishing a worldwide directory of agnostic AA meetings. However, we still weren’t as connected like we are today, and it was this missing connection that was the genesis for the idea of an international convention for secular AA groups.

It was Dorothy H. who first thought of the idea for a convention. Dorothy started coming to the Friday night meetings in Hollywood that Pam was also attending, and from time to time, she would crash at Pam’s apartment. They would often talk about all the people who were finding their meeting, and expressing relief at finally feeling at home in AA.

Dorothy thought for sure that their meeting in LA, couldn’t possibly be the only meeting like this. Surely, there are other agnostic AA groups out there! Searching the Internet, they found that yes there were indeed other agnostic AA meetings. Dorothy suggested that there should be a convention to bring all these groups together, and Pam says that with Dorothy’s contagious enthusiasm, “you are on the ride before you even know it”, and Pam was on the train!

Not having experience with planning a convention didn’t concern them too much, they just got busy. Jane J. addressed hundreds of envelopes to agnostic AA meetings, and they sent out an announcement to let these groups know about a possible international convention for agnostic AA. It was at this time, that Jonathan joined the group, and the three of them jumped in there with great eagerness to make this happen.

In no time, they were receiving responses from agnostic AA’s the world over. Joe C. came down from Toronto, and some people even flew in from Hawaii to attend one of the first planning meetings. Rich H. kept notes at the first planning meeting and has a complete list of all those who attended. After this initial meeting, Dorothy traveled to other cities in North America to get the word out, and boy did the word get out! When the New York Times ran the article “Alcoholics Anonymous, Without the Religion” the pace really picked up.

Pam is quick to say that it was the fellowship that made the convention possible. People were passionate about this. Flyers went up and if someone took a flyer down, then someone else would put it right back up again. When an emergency meeting was requested to ask for help, the members from the LA groups were quick to respond. The convention would never have happened, and would not have been the amazing experience it turned out to be, if not for the incredible work and dedication put forth by many, many people.

Pam’s experience with the convention was similar to mine and that of many others. Our AA world becomes much, much bigger and our experience much richer. Pam was the first speaker selected for the convention to take place in Austin this November, and I think there could be no better choice for a speaker than Pam W. She personifies the very best of AA and the very best of agnostic AA.

What a joy it was to speak with this lovely woman! I hope you enjoy listening to the podcast as much as I enjoyed making it.

The second biennial We Agnostics, Atheists and Freethinkers International AA Convention will take place from November 11 – 13, ,2016 at the Crowne Plaza Hotel in Austin, Texas. For more information, visit the convention website waaftiaac.org

Episode 22: Pam W. and the Story of WAAFT IAAC